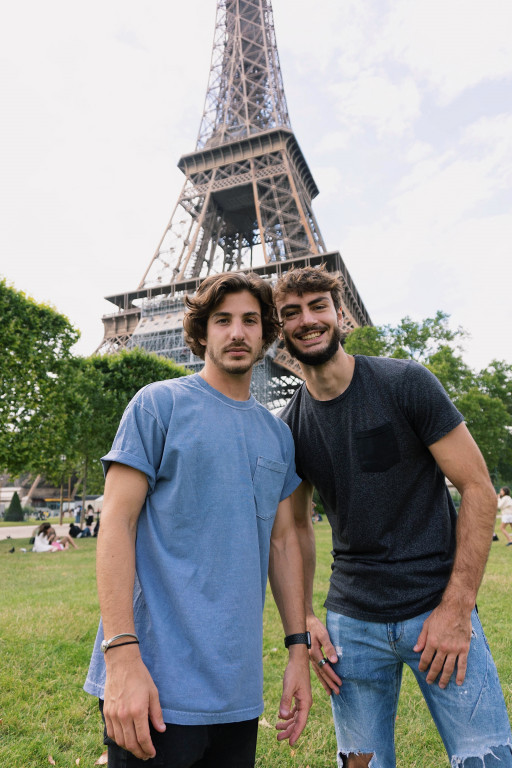 Lingoda, one of the top global online language schools, is partnering with the popular influencers AT Frenchies to illustrate French language mistakes that you do not want to make. With Alex and Tom, both from France and currently based in the U.S., focusing on teaching their 550k online followers about French culture and language in a humorous way, the partnership with Lingoda will be based on common language misunderstandings, in particular between the French and English languages.

With the first reel called "Are you h***y or just hot?", their followers will learn about embarrassing language mistakes that are often made when starting to learn French - and receive tips on how to avoid them. In their six-part series, the influencers will concentrate on explaining common phrases that could lead to serious faux pas by non-native French speakers.

"The French language really isn't one of the easiest languages to learn. And we have so much fun teaching our community about mistakes that they really shouldn't make when starting to speak the language. And with Lingoda also focused on teaching real-life language and cultural context in an online setting just like us, we immediately found that we are a great fit to teach some useful lessons but to also have great fun while doing so," says Alex Durand from AT Frenchies.

And as both the influencers and Lingoda focus heavily on teaching their followers and students how to speak their new language confidently, the partnership will have some valuable payoff for French language learners.

"As an online language school, we offer live classes with live teachers in four languages. And during our partnership, Alex and Tom have really taken on the roles of our French teachers to prepare our students for real-life situations and phrases that can be used in daily interactions," says Philippa Wentzel, Lingoda's Curriculum Team Lead. "And this is what Lingoda is all about - teaching our students what will be both valuable and essential for their daily lives so they can speak their new language with confidence."

The partnership between Lingoda and AT Frenchies will last from mid-October until mid-December. Within this time frame, their special code ATFRENCHIES50 will give interested students 50% off of their preferred monthly Lingoda classes.

If you are interested in interviewing AT Frenchies to learn more about their partnership with Lingoda, please send an email to [email protected].

Lingoda is one of the top online language schools. Founded in Berlin, Germany, in 2013, we provide convenient and accessible online language courses in German, English, Business English, French and Spanish to over 100,000 students worldwide. With almost 550,000 classes available per year and accessible 24/7, our mission is to build bridges around the world through language learning.